DeFi, short for decentralized finance, is a term used to describe the ecosystem of financial applications built on blockchains. It is an overlapping network of dapps and smart contracts, usually built on Ethereum to capitalize on the modularity that ERC20 blockchain platforms offer. They are typically financial apps with a focus on borrowing, derivatives, exchanges, trading, etc.

The modularity and interoperability of blockchain has allowed for increasingly denser and complex financial application systems and strategic maneuvers such as yield farming. Conceptualized in the midst of Summer 2020, the strategy has been received with much enthusiasm as ICOs once did.

The method revolves around farmers who lock up their cryptocurrency holdings into DeFi liquidity pools, which could then be exchanged or lent out for interests. Similar to staking or loans, the process rewards farmers with either fixed or variable interests for their contribution of liquidity to the DeFi market. The difference is there is no compounding. Yield farming socializes or does not carry the transaction fees to claim rewards; allowing your earned interests to continuously compound without repeated manual interactions and transactions with the smart contracts. Other benefits and incentives include accumulating low-volume, or privately traded, tokens by becoming a liquidity provider for a pool that rewards them.

By utilizing the modularity of blockchain, farmers often will maximize their profits by shifting funds amongst a number of different DeFi platforms to take advantage of the best interest rates and returns. Reward tokens can be deposited back into liquidity pools as well, and complex chains of investments can be created by redirecting yields into other liquidity pools as well which can in turn reward different tokens.

Yield farmers could quickly accumulate tokens of new projects that they adopt, and earn rewards tokens that could rapidly rise in value. Compared to interests from a traditional institution like a bank, yield farming could offer far more lucrative interests, in a much riskier environment. In the rapidly developing cryptocurrency market, there is no guarantee which adopted projects may take off, and some will inevitably fall into obscurity.

Despite the benefits that yield farmers and their liquidity pools could provide to projects, there are speculations that consider the practice as a strain on Ethereum. As the ETH blockchain is already tackling scalability issues, the concern is that increased activity caused by yield farming could cause DeFi traffic to come to a disasterous stop. 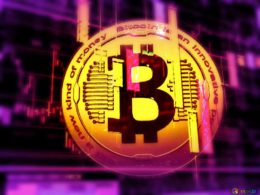 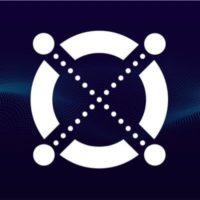