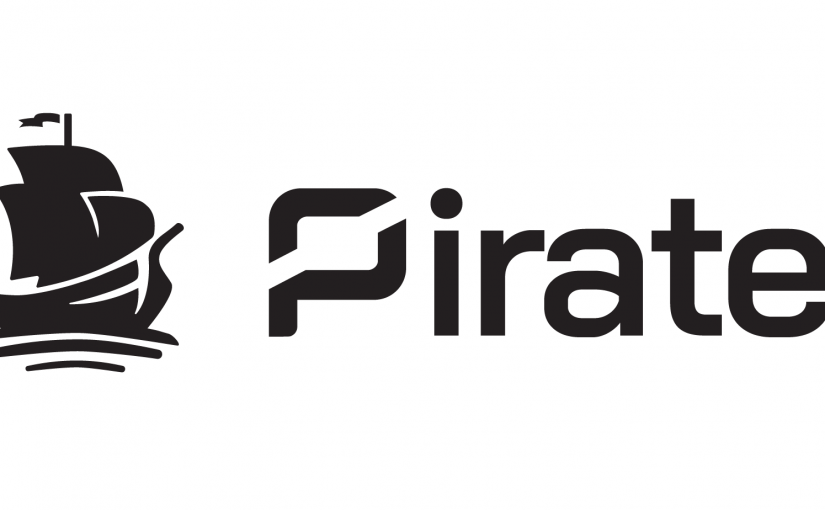 Komodo was undoubtedly one of the most underrated cryptocurrencies of 2018, even though fundamentally it was one of the soundest projects. The security, privacy advantages and impressive 10k tx/s offered by the KMD platform went largely unnoticed by the market. However, Komodo wasn’t entirely ignored. Within the community and discussions present on the KMD platform were a handful of capable individuals that eventually conceptualized a new and better cryptocurrency, ARRR. Fundamental ARRR, or also known as Pirate, is an independent blockchain built as an asset chain to the KMD platform. Designed as a combination of ZEC and XMR, Pirate looks to improve the privacy and security features of XMR whilst fixing the fungibility problem of ZEC through the enforcement of forced shield-transactions. The issue is that transactions from shielded balances to transparent balances are often the cause of decreased fungibility, as it is possible to identify coin mixing patterns. Concerns are also had about coins being “tainted” by affiliations to past transactions. The solution is to completely prevent this from END_OF_DOCUMENT_TOKEN_TO_BE_REPLACED 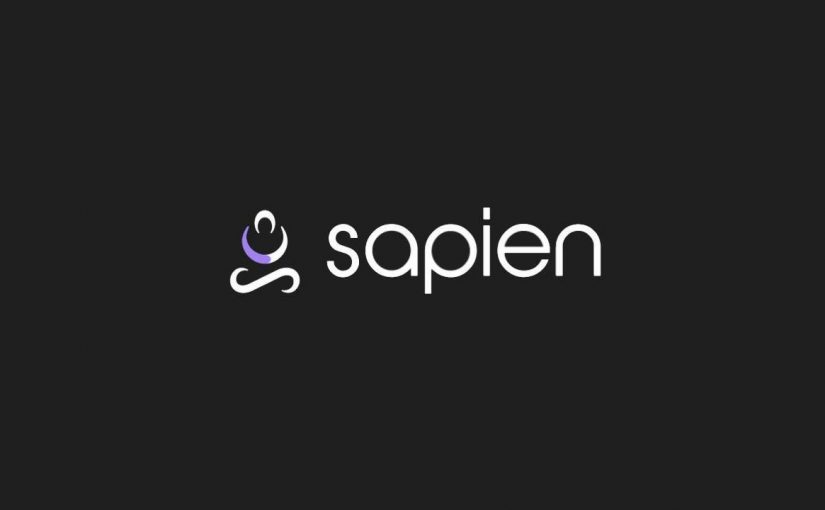 In A Nutshell Amid the controversy surrounding the 2016 U.S. Presidential Election emerged a new phenomena propagated by social media and its reach: fake news. Prior to this, it was referred to as ‘click bait,’ used to draw in mindless content consumers in exchange for a small PPC (pay-per-click) charge. Through clever deception by centralized authorities, social media channels were used to inject bias via false reporting. By targeting small groups of supporters, “fake news” was organically spread – “shared,” in social media parlance – hiding its dark origins and demonstrating the power of information, be it valid or invalid. Enter Sapien: “A highly customizable, democratized social news platform capable of rewarding millions of content creators and curators without any centralized intermediaries.” From the average user’s perspective, Sapien aims to reward content creators and gives them the decision to filter advertisements or remove them entirely. At the same time, Sapien will also use machine learning to identify potential fake news. In addition to this, Sapien will not be collecting any END_OF_DOCUMENT_TOKEN_TO_BE_REPLACED 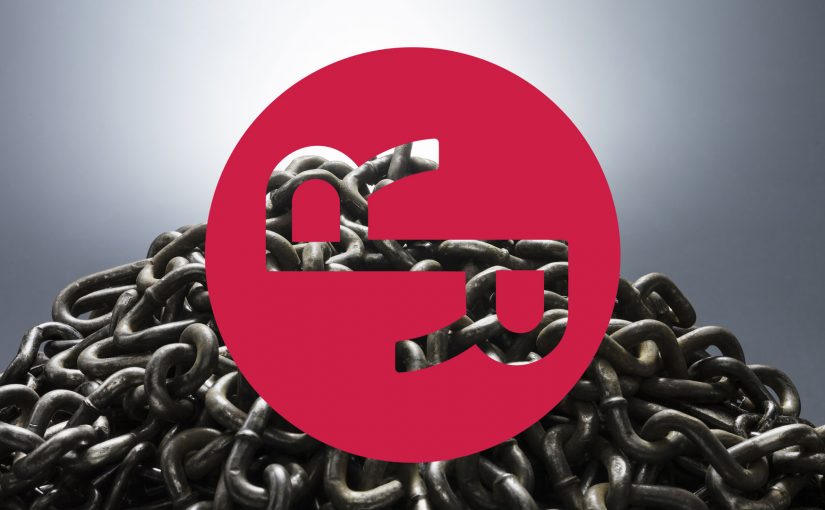 As cryptographic technology advances, it’s natural for generational gaps to exist. Bitcoin is considered a 1st-gen cryptocurrency, Ethereum a 2nd-gen crypto. There will exist a group of modern cryptocurrencies that will be considered the 3rd generation – Cardano, Komodo, and EOS are three we covered in our Premium Syndicate Report for January. To show you the type of fundamentals break down these reports carry, we’ve extracted RChain from the Premium Report to release to our blog for free. We’re giving you insight into how we process the Fundamental and Market analysis in our Premium Reports and open the doors on the exciting RChain project to all. RChain will undoubtedly be a very solid competitor in the league of 3rd-generation tokens. With the addition of all these powerhouses, projects such as Ethereum will have to work hard to maintain market relevance long-term. Overview RChain is an open-sourced project with the goal of building a decentralized and censorship-resistant economic blockchain platform to be used as a public computing infrastructure. Powered by smart contracts, similar END_OF_DOCUMENT_TOKEN_TO_BE_REPLACED

100 out of 196 countries in the world serve as home to 2,000,000,000 unbanked people, who use cash only, do not have any credit history, and do not have access to any financial services. It is essential to note that most of these people use their smartphones and social networks on a regular basis. This provides a tremendous amount of a new data and a substantial number of new potential clients. Financial institutions lack information about these clients and their creditworthiness; thus they do not want to take the risk to serve these people. However, these individuals still need funds and surely businesses would enjoy having new customers to survive during competition. Banking the over 2 billion unbanked worldwide The solution AMM has implemented is an open source and meta data bureau that can connect these “fiat only” markets to existing financial services. AMM has a platform that utilizes A.I and can help these people apply and receive their very first loans from a smartphone. This platform allows the new END_OF_DOCUMENT_TOKEN_TO_BE_REPLACED

The current energy industry is rapidly evolving. Centralized power authorities were responsible for creating the connections to consumers, deciding where and when to build a generating capacity and how to bridge the distance between generators and loads. This gave them major leverage to influence the cost of energy consumption. But as markets around distributed energy resources like solar panels, batteries, microgrids, and embedded networks grow, the adoption of these sustainable, energy-generating technologies will shift the power balance from the central authorities to the consumers. With the introduction of distributed energy resources, or DERs for short, the current energy distribution system is being defined by bi-directional flows of energy by millions of active prosumers. Individuals who utilize DERs are able to generate their own energy, regulate power consumption, even trade, export and provide excess energy. A network of linked prosumers would create a more reliable energy ecosystem than the current traditional network. Solar panels: A prime example of renewable energy source. In order to fully utilize the available modern technologies and END_OF_DOCUMENT_TOKEN_TO_BE_REPLACED 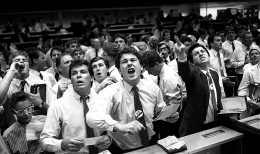 Disclaimer: This is the result of research done from the outside only. We have not interviewed anyone internally, nor do we have any solid proof from individual portfolio accounts. We are merely raising the question from a compelling stack of evidence as a result of mounds of comparative analysis for activity in the market for the last 24 hours. Edits have been made of our own volition to help improve the accuracy of the conjecture surrounding our findings. The data and conclusions still stand that these market movement anomalies originated from Bittrex.com in some fashion. Whether it was an “inside job” or someone executed a manipulation from the outside is not going to be determined by SynQ I/O. We leave that to the journalists. It has been one very convoluted morning. A large number of alts found themselves in the gutter within the last 24 hours, and very little of the volume was seen moving to BTC as we all expected. The usual pattern during the last BTC hard fork found traders END_OF_DOCUMENT_TOKEN_TO_BE_REPLACED

PROJECT OVERVIEW Cardano (The blockchain powered by the ADA token) is a next-generation cryptocurrency developed by Charles Hoskinson, one of the co-founders of the Ethereum project.  Originally sold as an ICO in 2016, the project has quietly been in development for well over a year, and is now the first new coin to be added to Bittrex in months.  Cardano is a fully featured, smart-contract capable platform (Equivalent to NEO, QTUM, ETH, etc.) designed by teams of PhDs across three continents, offering far faster transaction speeds, rock-solid reliability, quantum computing resistance, and other bleeding-edge features. According to the ICO documentation, initial smart-applications for Cardano will be a casino and an integration with the mobile gaming market, with many more exciting applications to come. There are also plans underway to establish a Cardano Debit card that users can use to spend their ADA anywhere in the world. Cardano is quite possibly the most technologically advanced and future-proof blockchain available to date, and is sure to become one of the most talked-about coins END_OF_DOCUMENT_TOKEN_TO_BE_REPLACED